Importance of heredity and environment

Relative importance of heredity and environment in child’s development

A cat gives birth to a kitten, a cow to a calf and human being to a baby.
The members of one species resemble each other. A child resembles his sisters, brothers, parents, grandparents etc. It usually referred to is heredity which means that an offspring inherits most of the personality traits of his parents.

Heredity means likeness and similarly i.e. resemblance is physical features size, shape etc. It is a narrow concept. So, heredity stands for all those factors which are present in the child not at the time of birth but at the time of conception.

According to R.A. Fisher, “Heredity is a scientific journal concerned with heredity in a biological sense”.

Environment consists of the external forces which influence the growth and development of an individual right from his conception. Our innate abilities are modified by the circumstances. Environment consists of physical, intellectual, social, moral, economic and cultural forces. Their influence is a continuous one which begins with the emergence of life and goes till death.

According to Boring langfield and Weld, “The environment is everything that affects the individual except his genes”.

According to Woodworth, “Environment covers all the outside factors that have acted on the individual since he began life”.

From the above definitions, we can say that Heredity is everything in determining the personality of an individual and education cannot make the child superior if he is inferior. Environment can give any direction and form to the personality.

1. Every day experience
It is common every day observation that he children of bright and intelligent parents tend to grow bright & intelligent.
On the other hand the history of dull and stupid adults reveals a record of dullness and stupidity. We know of children who grow up in the same family or go to same school, play together, and some learn more rapidly and others very slowly. Such a difference must be largely the result of heredity.

4. Studies of family histories
(i) Edward family study: Winship studied Edward’s family. He too, concluded that natural abilities are inherited.
(ii) Juke family study: This study was conducted by Dugdale. Juke was corrupt fisherman. His wife was also corrupt. About 1200 descendants of the family line established by them were studied. It was found that most of these descendants were paupers and prostitutes. Only a few of them were found normal.

5. Blood relationship and abilities:
With the help of Stanford Binet Intelligence Test, correlation between the various members of the family was found. Trend is one of the such mental tests as reported by Anastasi.

1. Example of hogo fish:
If this fish is incubated in an abnormal temperature it develops one eye instead of two eyes. It is due to environment.

2. Case of Ramu, the wolf boy:
Ramu’s case is quite recent who remained among the wolves and became wolf in food habits, speech and other traits. This also proves that an individual is more a product of environment than of heredity.

3. Nursery education:
It has been found that children who are sent to nursery earlier than other children show an increase of 4 to 5 points in their intelligence quotient as compared to children who do not receive education.

4. Case of Amala and Kamala:
Amala and Kamala aged two and nine years respectively were found in Bengal in 1920 by J.A.L. Singh. The used to talk, walk and act like wolves. It also indicates the importance of environment.

5. Akhtar’s experiment:
Akhtar’s experiments to keep children away from the society and under the care of dumb nurses show that social environment marks the child a human being worth the name. Children under experiment remained dumb.

Thus heredity and environment are complementary.

Heredity and environment play a vital role in the development

Heredity and environment play a vital role in the development of the personality of the individual Introduction: Heredity and ..

1. Influence of physical development : Karl Pearson is of the view that the height of the child is influenced by the height of ..

What When Where How 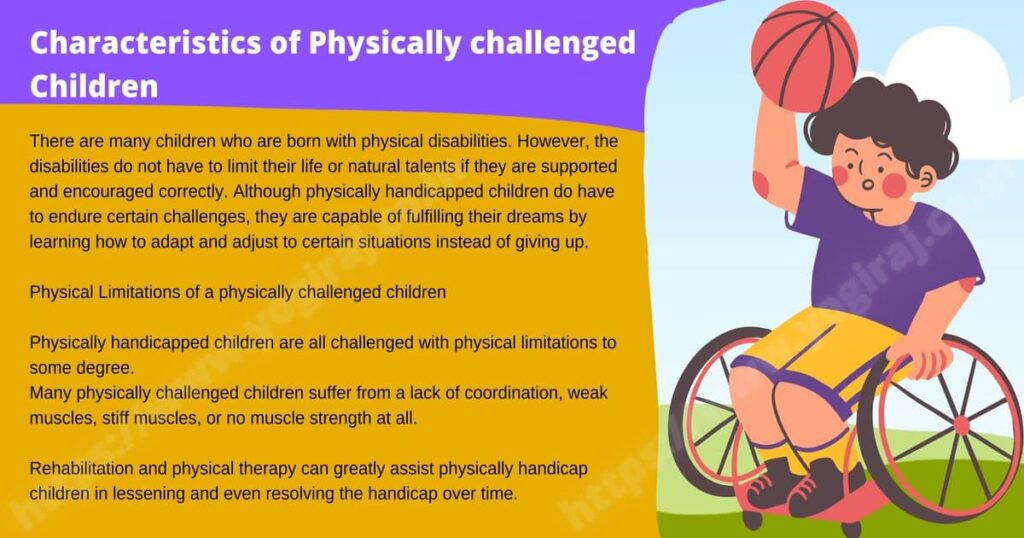 There are many children who are born with physical disabilities. However, the disabilities do not have to limit their life or natural talents if they are supported and encouraged correctly. 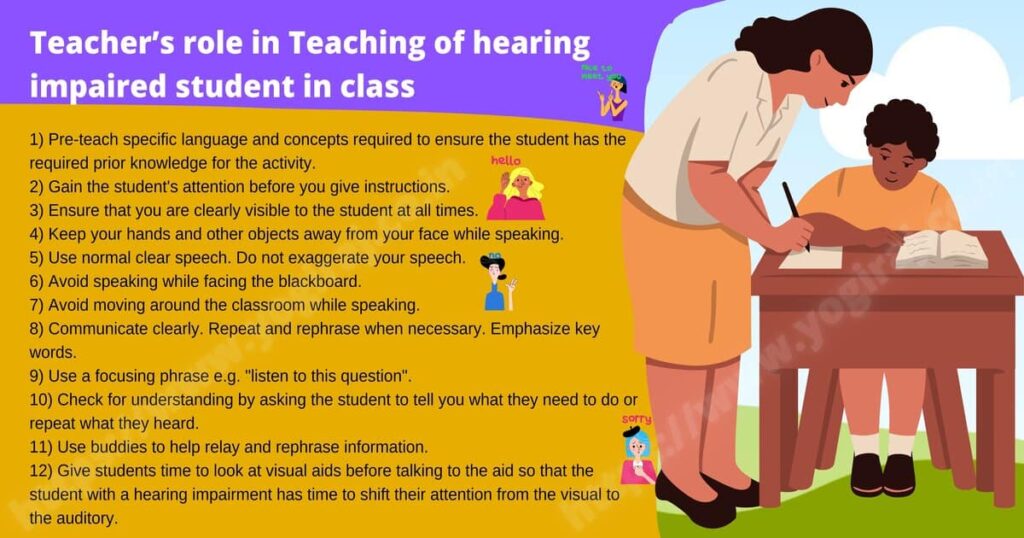 Teachers role in Teaching of hearing impaired student in class

1) Pre-teach specific language and concepts required to ensure the student has the required prior knowledge for the activity
2) Gain the student’s attention before you give instructions.
3) Ensure that you are clearly visible to the student at all times.