What are the Causes of Individual Differences

What are the Causes of Individual Differences?

No two pupils are alike. They differ from each other in hundred and one respects.
They differ in:-
Age,
Sex,
Hereditary potential,
Multiple Intelligence
Achievement,
Interests,
Introvert and extrovert
Aptitudes,
Needs
Physical,
Social,
Emotional Intelligence
And developmental

The causes of individual differences are:

Some children grow rapidly and some grow slowly. Some grow mentally at a faster rate, some at a very slow rate. Some grow physically and mature early; some grow late. The different parts of the organism grow at different rates. Each child has his own growth rate.
The result is the variety of ages that a child possesses. The different ages that a child as at one time may be a chronological age, a mental age, an educational age, a social age, a dental age, a grip age, an organism age and so on.

4. Interaction of Heredity and Environment

A large number of individual differences are caused by the interactive process of heredity and environment.
To each child heredity provides a potential and the dynamic forces of environment act upon that a potential in a different way.

The layman and the scientist both realize and recognize that differences exist among individuals in the innate ability to learn.
Certain, a mongoloid or a micro cephalic do not learn with the facility of a normal individual.
It is a fact though it may not be obvious that among the pupils who appear to be normal, there are also enormous differences in degrees of ability.
These differences are attributed to basic physiological differences.
A child who appears to be normal may be having any or some of these difficulties with the consequent impairment of learning.
For example, visual difficulty, hearing difficulty, and other sensory difficulties like speech defects, inattention and listlessness cause individual differences in learning.
Teachers must recognize that some of the individual differences arise because of basic physiological differences. They must recognize that these differences exist and demand that teachers should not force all children to learn at uniform rate.
When children begin to show indifference, failure, boredom inattention, tantrums, they indicate through these symptoms that teachers are expecting too much or too little from them.
Pupils with sensory difficulties should be given differential treatment.

What is the Teachers Advantage in Knowing Individual Differences

What is the Teacher's Advantage in Knowing Individual Differences The objective of modern education is the complete development ..

What are the Different Types of Individual Differences

1. Average Intelligence: Individuals are seen differing in considerable measure in respect of their general intelligence. It is..

In education, even since the most ancient times, students have been differentiated on the basis of age as difference in age levels.. 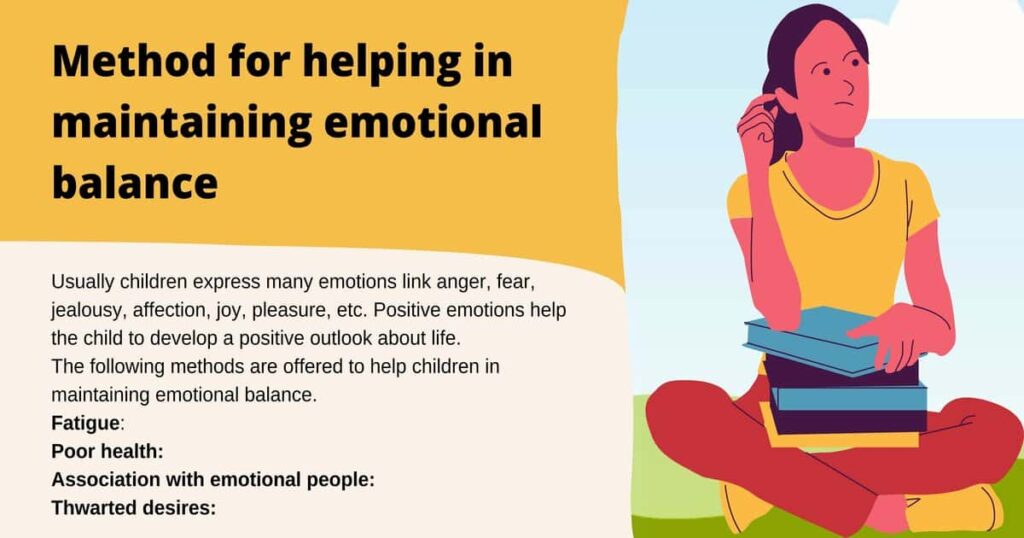 List out the method for helping in maintaining emotional balance

In education, even since the most ancient times, students have been differentiated on the basis of age as difference in age levels entitles the children to differing levels of education.
As the child’s age gradually increases, the subjects of his education can be made more complex and difficult.

What are the Different Types of Individual Differences

1. Average Intelligence:
Individuals are seen differing in considerable measure in respect of their general intelligence.
It is not possible to send to schools children with an intelligence quotient of below 50.