The Constitution of India

The evolution of constitutional development in India as an independent and sovereign republic has its immediate historical roots during the British rule. The constitutional development is inevitably linked with our national freedom movement. From 1858 onwards various Acts were made by the British Government for the governance of India. The most important of these Acts being Act of 1909, 1919, and 1935. None of them satisfied Indian aspirations.

The demand for a constitution of India for the country being “framed by its own people without outside interference” was first made by the Indian National Congress in 1935 and repeated several times between 1935 and 1939. The demand was, however, resisted by the British Government until the outbreak of the World War II when external circumstances forced them to realize the urgency of solving the Indian constitutional problem.

The demand for the Constituent Assembly was accepted by the British Government for the first time in March 1942, when Sir Stafford Cripps brought to India His Majesty’s Government’s proposals for reforms. The Cripps proposals were rejected but they had one redeeming feature, namely that the right of Indians to frame their own constitution through a Constituent Assembly was accepted.

The Constitution of India was finally adopted on November 26 1949 and came into force on January 26, 1950. The Indian Constitution is the lengthiest and the most comprehensive among all the written constitutions in the world. After about 92 Amendments it now consists of 444 Articles divided into 24 parts and 12 Schedules.

Can the Preamble be amended?

The Indian Constitution (42 Amendment) Act 1976, in fact amended the Preamble and added three new words viz., Socialist, Secular and Integrity, to the Preamble. 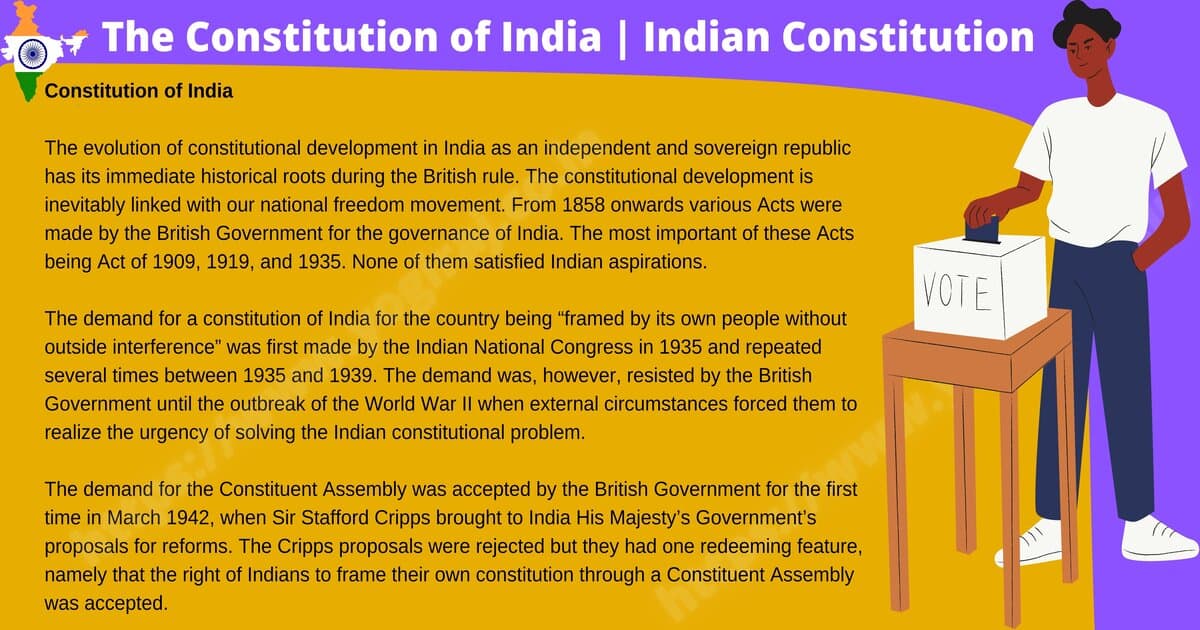 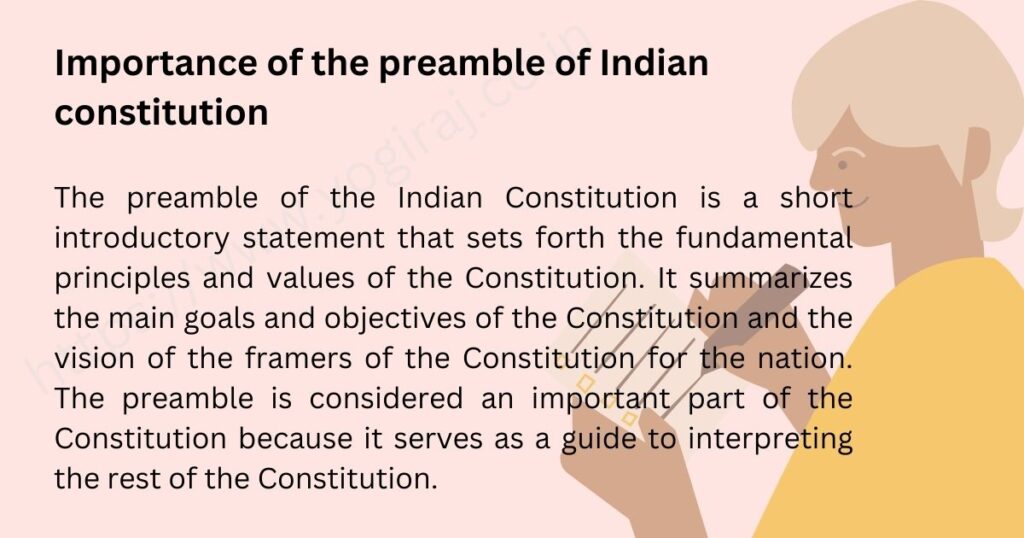 The Directive Principles of State Policy which embody the ambitions and aspirations of the makers of the Constitution, are contained in Part 4 of the Constitution. They aim at providing the social and economic basis for a genuine democracy. These principles are not enforceable through courts and are merely directives which the government has to keep in mind while framing a policy. 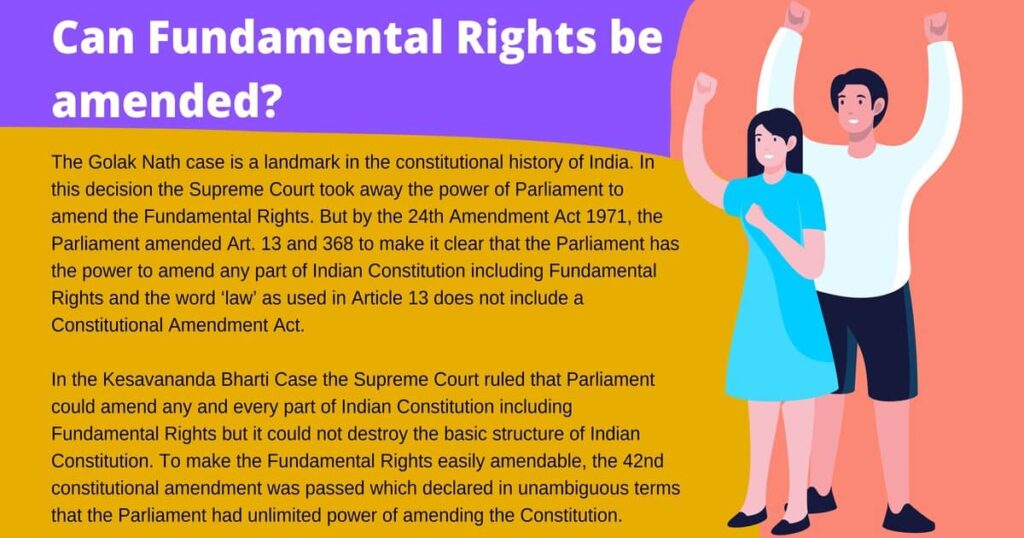 Can Fundamental Rights be amended?

The Union and its territory

Article 1 of the Constitution describes India as a Union of States. The expression ‘Union of India’ should be distinguished from the expression ‘Territory of India’. While the ‘Union’ includes only the states which enjoy the status of being members of the federal system and share a distribution of power with the Union , the term ‘territory of India’ includes the entire territory over which the sovereignty of India, for the time being extends.