India has many national symbols which represent the nature and culture of Indian National Identity. They infuse a sense of pride and patriotism in hearts of every Indian citizen. Here is the list of National Symbols of Incredible India and we are proud of them.

Importance of National Symbols of India

There are total 17 national symbols of India. National Symbols is significant because –

National symbols of India in details.

National Identity Elements of India are intrinsic to the Indian identity, culture and Indian heritage. They infuse a sense of pride and patriotism in the heart of every citizen of India.

The national flag of India is Tiranga. It is designed by Pingali Venkayya, National Flag consists of 3 colors in equal proportions i.e India saffron (also known as Kesaria) at the top, white in the middle and India green at the bottom. Constituent Assembly of India has adopted Tiranga as a National Flag of India on 22nd July 1947.

The National Flag is horizontal in dimension and ratio of width to length of the flag is two to three. It have a navy-blue wheel in the center which represents the chakra. The wheel design is similar to the wheel which appears on the abacus of the Sarnath Lion Capital of Ashoka. It has 24 spokes and with diameter approximates to the width of the white band. Design of the National Flag was adopted by Constituent Assembly of India on 22 July 1947.

The saffron color of national flag, indicates the courage and strength of our country. The middle white color indicates truth and peace with Dharma Chakra. Bottom green color represents the growth, fertility and auspiciousness of the land.

Vande Mataram is the national song of India. It is composed in Sanskrit by Bankimchandra Chatterji, and was a source of inspiration to the people in their struggle for freedom. Vande Mataram and Jana-gana-mana have equal status.

The first President of India, Dr. Rajendra Prasad came up with a statement in the Constituent Assembly of India on January 24, 1950 that, “the song Vande Mataram shall be honoured equally with Jana Gana Mana and shall have equal status with it as it has played a historic part in the struggle for Indian freedom”

The first political occasion when Vande Mataram sung was the 1896 session of the Indian National Congress. Vande Mataram song was a part of a most famous novel Anand Math (1882) written by Bankimchandra.

National emblem of India is an adaptation from Lion Capital of Ashoka at Sarnath. Satyameva Jayate is the motto of national Emblem.

It has four Asiatic lions which are standing back to back on an abacus, mounted with a frieze carrying sculptures in high relief of an elephant, a bull, a galloping horse, and a lion separated by intervening wheels. The National Emblem symbolizes power, courage, confidence and at the bottom is a horse and a bull with beautiful wheel Dharma chakra at centre.

The motto Satyameva Jayate ( Truth Alone Triumphs ), is the part of the State Emblem of India, it is written in Devanagari script below the profile of the Lion Capital.

The Indian peacock is the National Bird of India. Indian peacock is a colourful, swan-sized bird and have a long slender neck and a fan-shaped crest of feathers with a white patch under the eye. The male peacock with a glistening blue breast and neck and a spectacular bronze-green tail of around 200 elongated feathers is more colourful than the female. The female is smaller than male peacock having no tail and with brownish color.

India Peacock was declared as the national bird of India by Indian Government on February 1, 1963.

Lotus is the National Flower of India. It is a holly flower and occupies a unique and specific position in the art and mythology of ancient India. Lotus is an auspicious symbol of Indian culture.

Chaitra is the first month in Saka calendar which is based on Saka Era. Dates of Saka calendar have a permanent correspondence with dates of the Gregorian calendar.

The Indian rupee with ISO code INR is the official currency of India. Reserve Bank of India have the responsibility to control the Indian currency. The Indian rupee symbol which is derived from the Devanagari consonant “र” (ra) and the Latin letter “R” was adopted as official symbol in 2010. According to Udaya Kumar who designed the symbol, the design of INR is based on the Indian tricolour.

Dolphin or the Ganges river dolphin is the National aquatic animal of India. Dolphin is also the city animal of the Guwahati. It is mainly found in the Ganges, Chambal river, Brahmaputra river, Yamuna and their tributaries.

The Banyan tree is adopted as the national tree of India. The Banayan tree is a symbol of the ‘Kalpa Vriksha’ or the ‘Tree of Wish Fulfilment’ as it is having important medicinal properties and associated with longevity.. The very big size and long life span of the banyan tree makes it a habitat for a large number of creatures.

The Holly Ganges or the Ganga is the national river of India. It origin of holly Ganga is originating from the snowfields of the Gangotri Glacier in the Himalayas as the Bhagirathi River. According to the Hindus belief, The holly Ganga is the most sacred river on the earth.

Holly Ganga is the longest river of India which covers around 2,510 km of plains, valleys and mountains. Varanasi, Allahabad and Haridwar are some of the major cities which are on the bank of holly Ganga.

Snake eater (Ophiophagus hannah) or King Cobra is the National Reptile of India. King Cobra is found in the forests of India and also in Southeast Asia. King Cobra is known as the longest venomous snake of the world. King Cobra may live up to 25 years and is capable of growing up to 19 ft.

Indian Elephant is adopted as National Heritage animal of India. The Indian elephant has been threatened by fragmentation , habitat loss and degradation and listed as endangered animal.

The oath of allegiance to the Republic of India is known National Pledge of India. It is very commonly recited in public events, schools during celebration of Independence Day and Republic Day. The pledge was originally composed in 1962 by writer Pydimarri Venkata Subba Rao in Telugu language.
Share on: 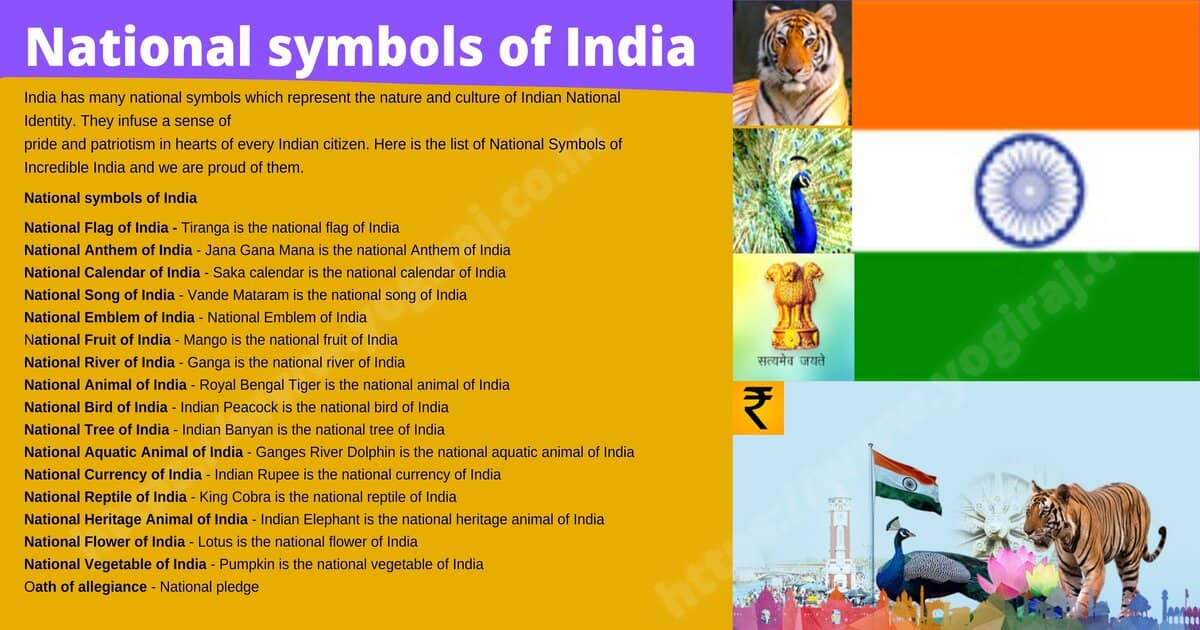 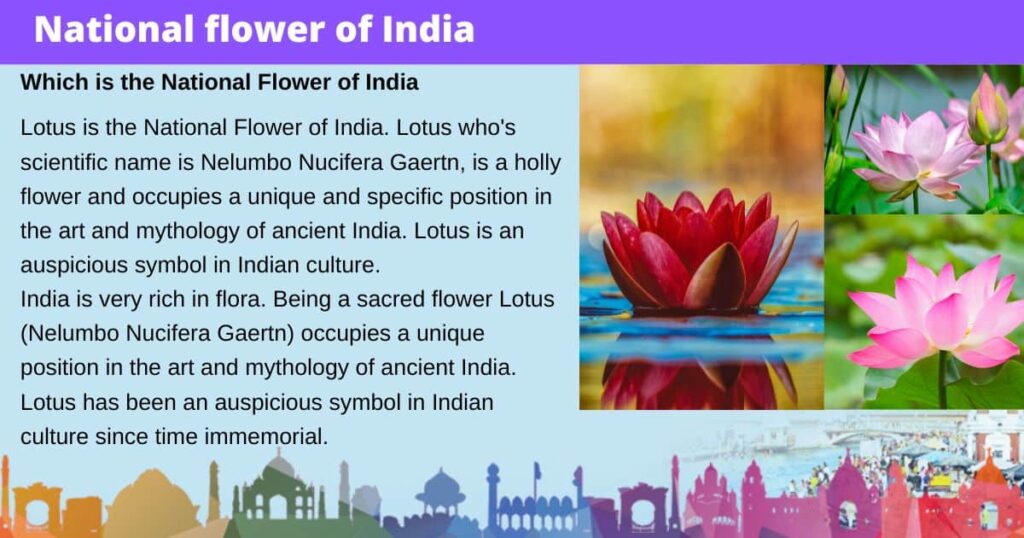 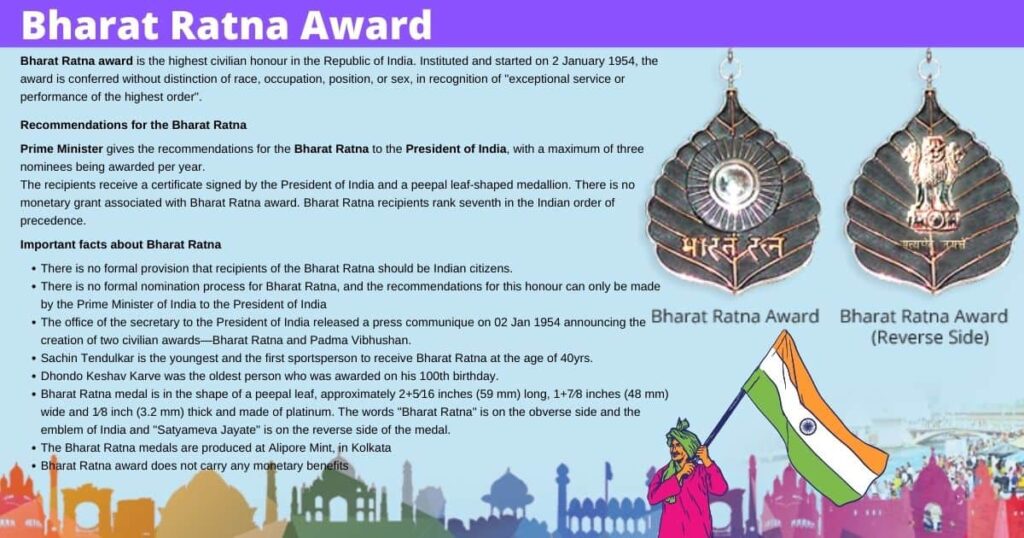 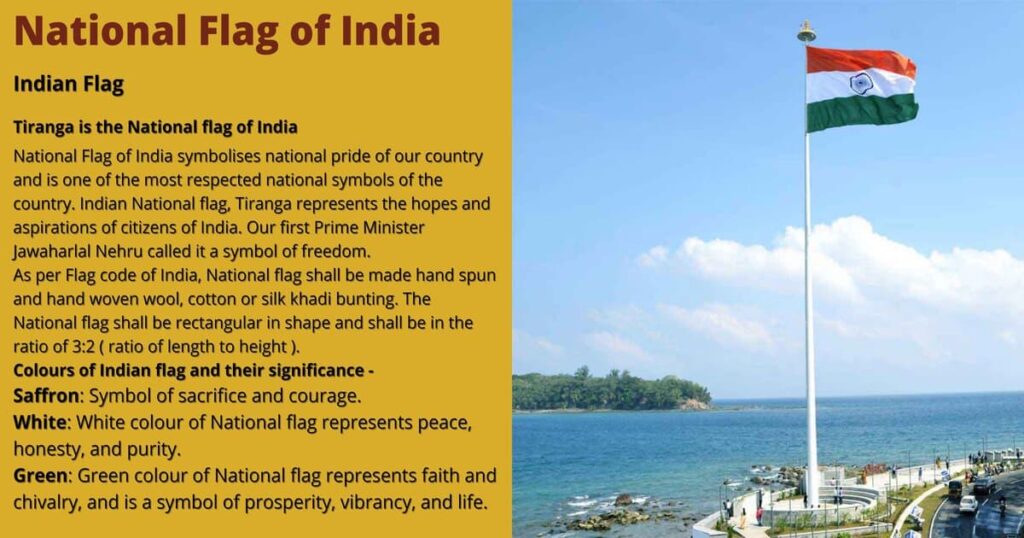 Indian Flag Tiranga is the National flag of India National Flag of India symbolises national pride of our country and is one of .. 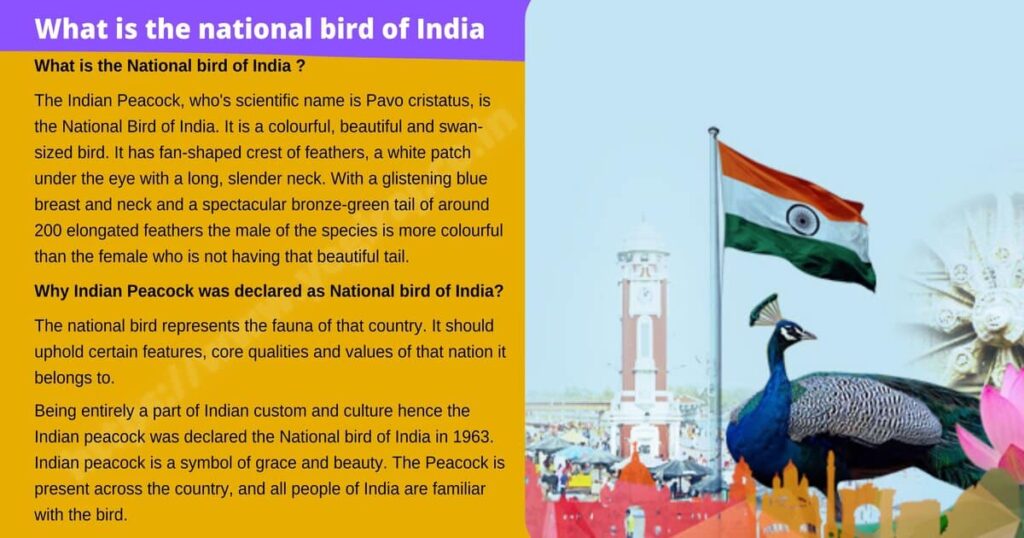 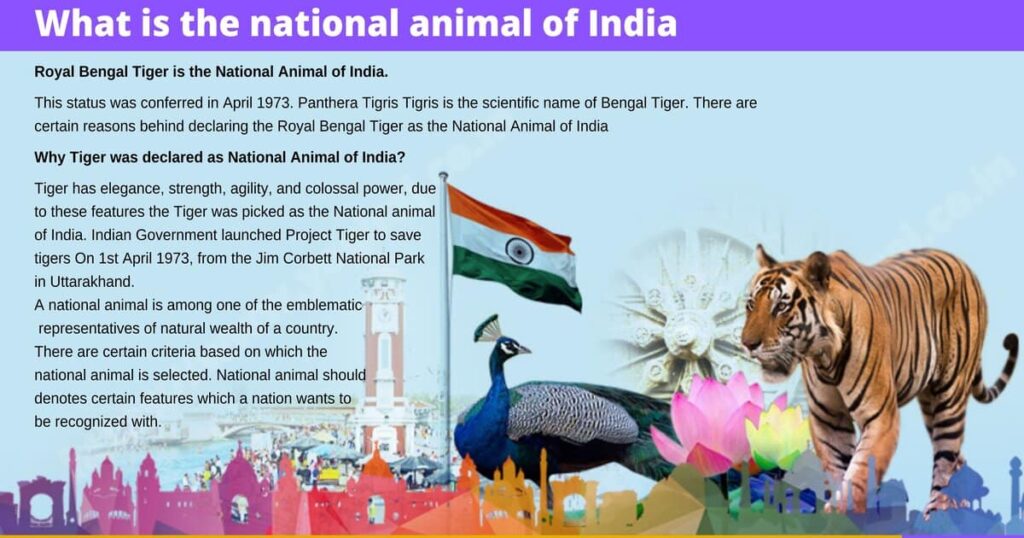 What is the National bird of India ?
The Indian Peacock, who’s scientific name is Pavo cristatus, is the National Bird of India. It is a colourful, beautiful and swan-sized bird. It has fan-shaped crest of feathers, a white patch under the eye with a long, slender neck.

Standard scores: Z AND T
Definition of Z-scores:
Z-Scores are a transformation of raw scores into a standard form, where the transformation is based on knowledge about the population’s mean and standard deviation. 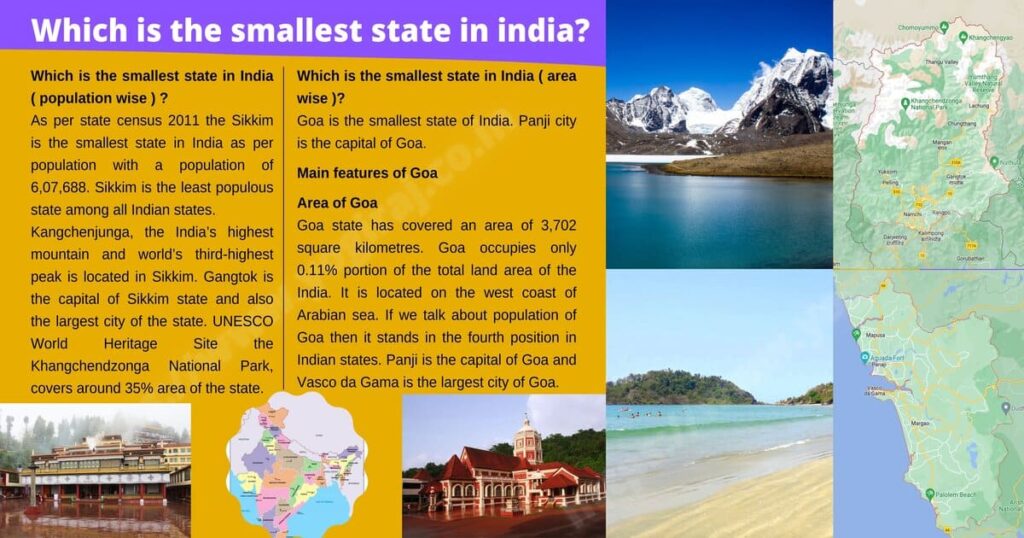 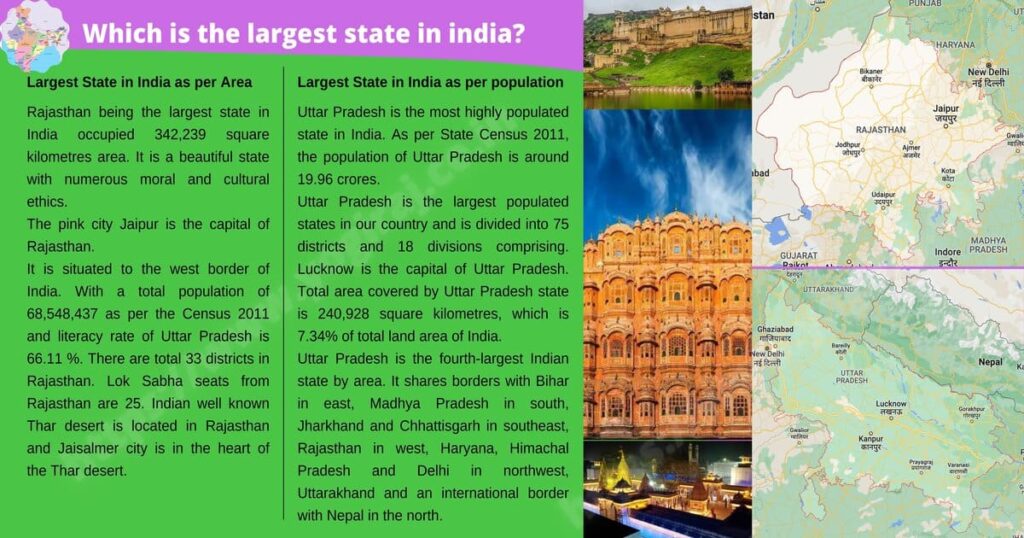